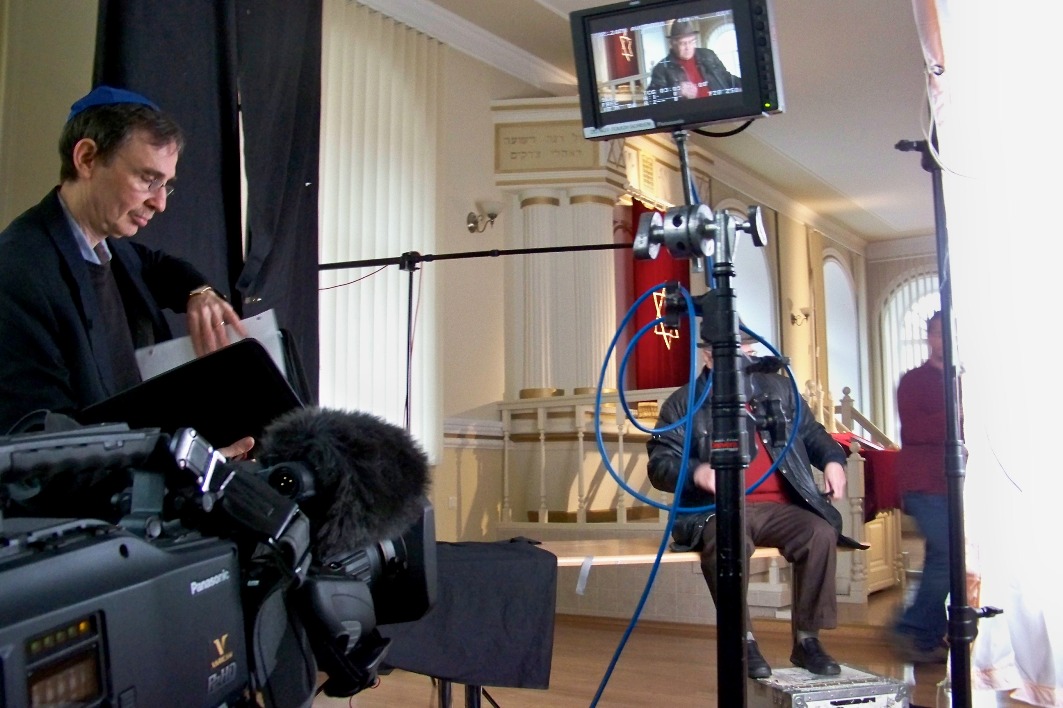 Mitchell Lieber, president, is a documentary producer-director, journalist, and marketer.

Chronicler of the Holocaust

In 2002, Mitchell Lieber created the Rumbula.org web portal. As editor, he grew the site to 140 native pages including original content. One of the first websites with content on this topic, it had hundreds of thousands of visitors worldwide. Rumbula.org is cataloged as an electronic resource at the U.S. Holocaust Memorial Museum and linked to by the web sites of key organizations in the U.S., Israel, and Latvia. Its pages are sources and references for ten Wikipedia pages.

As the website grew, the Rumbula’s Echo documentary film project was developed to bring this history to a larger audience. Along the way, Lieber produced three documentary shorts about the Holocaust in Latvia

Mitchell Lieber is producer-director of Rumbula's Echo, about the Holocaust in Eastern Europe. Early work-in-progress screenings received wide acclaim. The documentary is fashioned from the project’s library of 100 hours of original footage, nearly 100 hours of archival footage, and more than 4,000 archival images sourced through thousands of hours of work.

He made three documentary shorts related to the Holocaust in Latvia: Beneath the Sand, Renewal on Peitavas, and Seventy Years.

Lieber produced weekly documentaries and interviews with a reputation for creativity and addressing social issues as public affairs director of Chicago’s WNIB-FM (now WDRV). Earlier, he worked at WNIB-FM as a staff engineer and designed and wired two remote radio studios for programs broadcast on the station. His prior WNIB program, This Is A Test, was described as “the most culturally satisfying program on the air" in Chicago by critic Ray Townley (who also wrote for Downbeat and Rolling Stone). Lieber began his career while in his teens, as a news stringer for Chicago station WGLD-FM (now WVAZ).

On the business side of broadcasting, as a consultant, he guided WNIB-FM to FCC approval of a major power increase, dramatically increasing its coverage area and the station’s value (it sold in 2001 for $165 million, perhaps $20 million of which was due to the power increase). As a consultant, he played a pivotal role in the establishment of Kansas City’s community-based public radio station, KKFI-FM, as a 100,000-watt operation.

Mitchell Lieber served as treasurer and a board member of the public radio organization, the National Federation of Community Broadcasters (NFCB). For 25 years he was an officer and board member of CITF which operated Chicago Classroom TV and launched the Future Filmmakers Festival, eventually spun off to the Chicago International Film Festival as the CineYouth Film Festival.

Mitchell Lieber has a simultaneous career in business as the award-winning leader of the consulting firm, Lieber & Associates, which advises Fortune 1000 companies, major non-profits, and medium-sized firms.  He served as president of the Chicago Association of Direct Marketing (CADM) and chair of the DMA (now ANA) International ECHO Awards. For nine years he taught in the Integrated Marketing Certificate Program for mid-career professionals at DePaul University and is a contributing author to three books. Mitchell Lieber was marketing manager for Chicago’s fine arts station, WFMT-FM.

At left: Mitchell Lieber prepares to interview Boris Vukovich for Rumbula’s Echo in the only remaining synagogue in Daugavpils (Dvinsk).